Cookies help us deliver our services. By using our services, you agree to our use of cookies. More information

Of late, I am learning python programming in my free time. Now I am able to write couple of hundred lines of code (without googling for syntax), write unit tests, debug code etc.,

I moved the sampleusage project from sourceforge to github. I did it for two reasons: (1) better UI in github. (2) ability to edit files directly in the web browser in github. Also filed https://sourceforge.net/p/forge/site-support/11960/ asking to remove the sourceforge project.

The sampleusage project on sourceforge is now deleted.

News simplified.
Here is an article explaining in simple terms on what the current US vs. Apple case on encryption is all about.

Every software change we make breaks someone else's work flow - https://xkcd.com/1172/. That was funny!

Apparently, the whole Javascript ecosystem broke since one developer took down a very basic function that pads strings with spaces from the left! What a mess!

This makes me appreciate languages such as Python which have the concept of a 'standard library' and a 'batteries included' philosophy.

It is interesting to see that 13 out of 29 summer interns in the "Google Summer of Code" program this year will be working on improving voice, video and chat communication in Debian Linux.

Here is an easter egg for all python geeks

It will open an xkcd cartoon in browser!

In 1999, NASA lost a $125 million Mars orbiter because one engineering team used metric units while another used English units and they failed to communicate and convert the numbers correctly.

I wanted to add unit tests to a python script I wrote recently. After reading up on the unittest module, I started reading about nose tools in the book - A Primer on Scientific Programming with Python. Next, I checked out the source code of reportbug to see how it is all done in practice. Then I ended up reporting two minor bugs in it.

In the next room, Hamsini is "dancing" to Hop like a bunny song. I could not help but wonder how programming is a lot like bunny-hopping from one task to another ...

Transcript:
PHB: Why didn't you talk to me before making this decision?
Dilbert: I left you a voice-mail, an email, and a text message. I also messaged you on skype, slack, whatsapp, twitter, and facebook.
PHB: Did you try leaving a note on my chair?
Dilbert: It's stuck to your buttocks.

Here is a funny comic from xkcd on how standards proliferate - https://xkcd.com/927/

Ajit Narayanan's musings on Trump winning the US election

Scala probably has the most dreadful syntax I have ever seen to to declare (but not initialize) a variable.

Yesterday, Prasanthi tried teaching the name of the new president to Hamsini. When she asked her back, the kiddo answers "Do.na.na.na.naaa Trump!" with a mischievous smile! She knew it was wrong but kept saying it even if asked again! Very funny!

It looks like there is no way to deposit the old 500 and 1000 rupee notes if you currently live in in USA. No banks/money exchange centers/airports accept them. The only option is to give it to someone who is travelling to India and have them deposit into your account.

My latest favorite song - https://www.youtube.com/watch?v=b-uQtN5lbGA ! Rumor is that Kajal was paid 50 lakh rupees for this one song. Wow!

John Oliver's take on Multilevel Marketing - https://www.youtube.com/watch?v=s6MwGeOm8iI . It is unfortunate that the government does not do enough to shut down these type of pyramid schemes.

Below is the Seinfeld chart of my gitlab activity over the past year.

When I looked at it for the first time, I thought I was consistently slacking off on Saturdays. This confused me a little since I tend to be "gitlab active" on Saturday nights. After some digging, I found out that gitlab is recording the commits in UTC. Since I live on EST, the Saturday blanks actually correspond to Friday ~7 PM and Saturday ~7 PM which is more in line with my expectations.

My chess rating touched 1300 for the first time today! Yay! 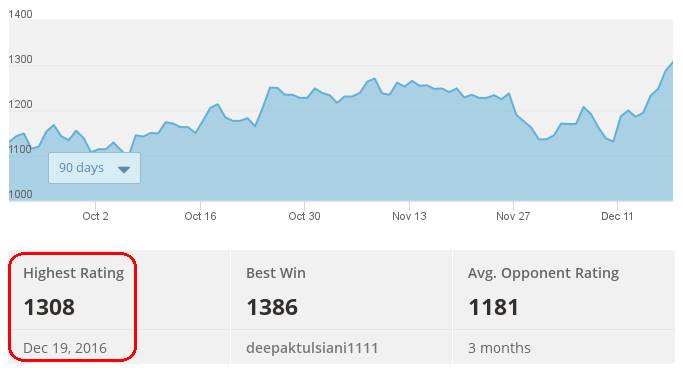 If you know someone who suffered/suffering with cancer, please read this article. It is scary what big companies can get away with for such a long time. This guy sacrificed his entire career to do the right thing. Hats off Rob Bilott!